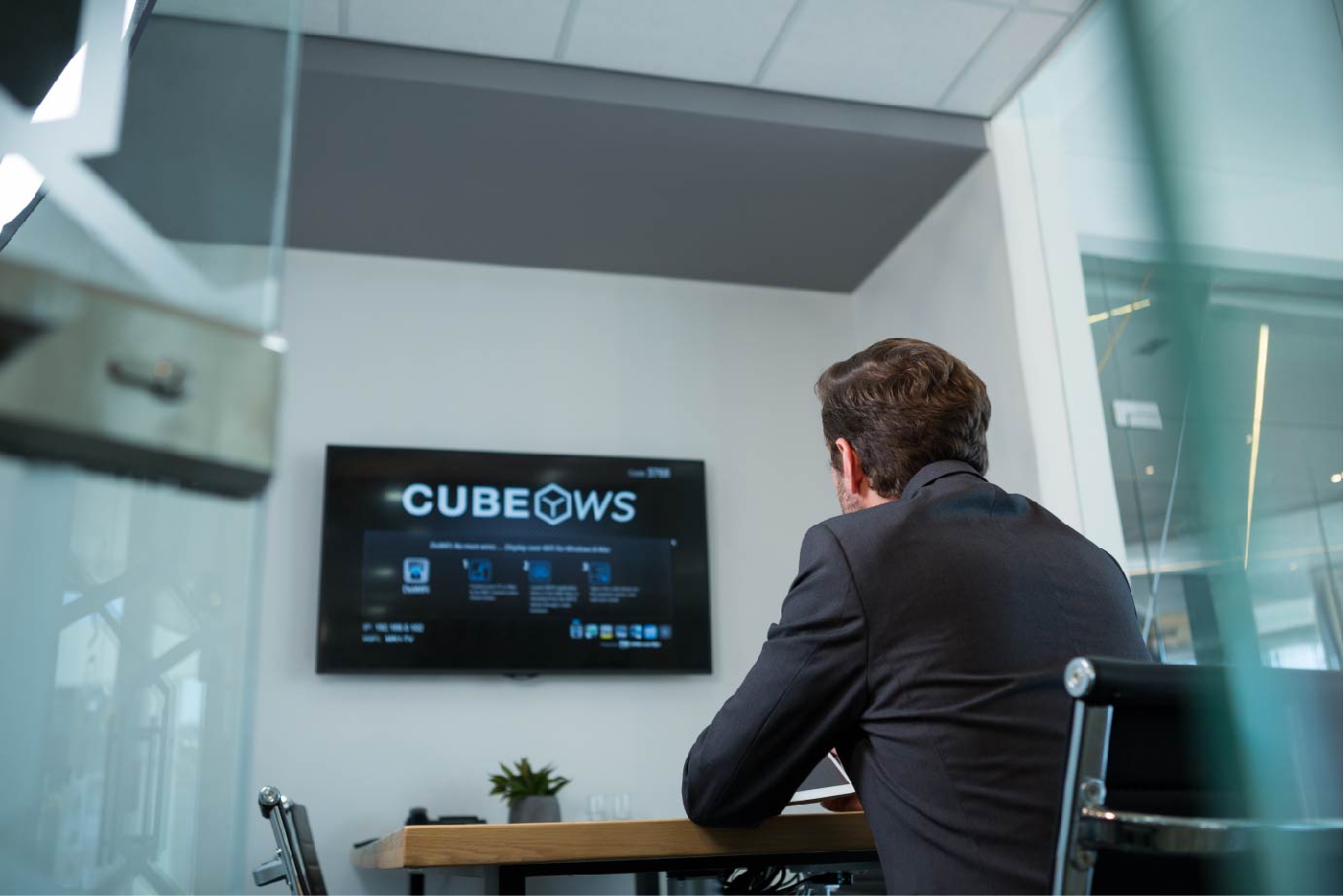 Amanda Dixon writes, Survey: 57% of Americans Want More Coronavirus Financial Relief From Government. Nicholas Yrizarry offers insight on how to keep anxieties at bay.  “When someone worries, they create a phenomenon in their brain that actually inhibits, blocks their ability — physiologically, neurologically we’re wired this way — it actually blocks the ability to think rationally and create or make a decision, a solution that’s well thought out,” Yrizarry says. Yrizarry notes the importance of staying calm, reaching out to a professional if needed and coming up with a new plan if a situation warrants that.

During coronavirus crisis, you may need cash fast — but avoid tapping these money sources. Nicholas Yrizarry discusses looking at assets other than retirement funds. Some consumers may be overlooking assets that they can sell to raise cash, like automobiles or “toys” like all-terrain vehicles, says Nicholas Yrizarry, the president and CEO of Laguna Hills, California-based Align Wealth Advisors.  “Many families have two, three, four cars,” he notes. “There are so many costs associated with owning things,” like insurance for vehicles. Likewise, financial experts say you may want to consider refinancing your home or examining a home equity line of credit. While these steps carry fees and can take weeks to complete, it’s another option available to homeowners. There’s also a silver lining, says Yrizarry: “Rates are really, really low.”

Amanda Dixon quotes Nicholas Yrizarry in 5 Reasons To Open a New Bank Account During The Coronavirus Crisis. “If it’s $250K and you have $300K, $500K, whatever in the bank, as a safety net you want to make sure you diversify across banks,” says Nick Yrizarry, CEO of Align Wealth Advisors. Now that the Federal Reserve has made two emergency interest rate cuts in recent weeks, banks have lowered CD and savings account yields quite a bit. It’s a bummer for savers, especially since the Fed cut rates several times in 2019, too.  “We’re in a historic low-rate environment, which is great for borrowing, but it’s not great for people who are putting money in the bank,” Yrizarry says. “Go and see what the online banks are offering in terms of rates. And it’s usually more attractive, better rates because they don’t have all the expenses and overhead that a regular bank has.”

Rodney Brooks discusses with Nicholas Yrizarry if Now Is the Time to Convert Your Traditional IRA to a Roth. Switching to a Roth account in a down market can also help you reposition a portfolio that was not well-diversified. “The value of your securities is lower,” says Nick Yrizarry, president and CEO of Align Wealth Advisors in Laguna Hills, California. “You have relatively low capital gains consequences to sell and move down to a more diversified strategy.”

Beth Braverman discusses Addressing Behavioral Finance With Your Clients. “You want to prepare someone ahead of time to be psychologically aware of the fact that [pullbacks are] going to happen,” says Nicholas Yrizarry, president and CEO of Align Wealth Advisors and a Behavioral Financial Advisor. “Otherwise,” he says, “it’s human nature for clients to panic and want to bail.”

Rodney Brooks discusses 5 Ways to Improve Your Retirement Finances in 2020. Many investors have seen significant gains in recent years, but retirees should still be wary about potential losses. “You may think you can rest on your laurels based on the last year or the last 20 years, but it’s a new decade. There will be more volatility. The best thing a retiree can do is reassess their financial goals, cash flows and investments, but most importantly, their risk,” says Nick Yrizarry, CEO of Align Wealth Advisors in Laguna Hills, California. “It’s time for a fiscal examination and comprehensive planning to make sure your investments are aligned with cash flow and budgets.”

Matt Whittaker investigates the 1040-SR form retirees and older earners received. But seniors who are 65 and older don’t have to be retired to use the new form, noted Nicholas Yrizarry, CEO of Align Wealth Advisors in Laguna Hills, CA. As long as you meet the age requirement, you can still be earning money and use Form 1040-SR.

Maryalene LaPonsie discusses how to retool your retirement plan after divorce. “Both spouses have to adjust, but the spouse with the lower income has to adjust more,” says Nicholas Yrizarry, president and CEO of investment firm Align Wealth Advisors in Laguna Hills, California. He recommends divorcees move forward by stepping back, regrouping, re-strategizing and re-implementing their retirement plans.

Stacy Rapacon discusses what to do with extra money from her wedding, or any cash windfall.  Nicholas Yrizarry explains the difference between good and bad debt, and Stacy lists many different companies and investments appropriate for short-term savings.

Stacy Rapacon quotes Nicholas Yrizarry on five ways to spend a financial windfall.  Yrizarry lends that it’s important to first look at the financial picture at large and then allocate assets accordingly. “What we tend to do is focus on one aspect of our finances and forget about the others,” says Yrizarry. “That’s what gets us in trouble.”

Judy Martel of Bankrate.com quotes Nicholas Yrizarry on the recent upswing in spending among the big spenders. Yrizarry explains that spending by the rich is not a reflection of economic indicators, but rather a catalyst that we should celebrate as a stimulus to the economy. “Wealthy people control 80 percent of the economy. They move the buttons and switches,” says Yrizarry.

CNBC Power Lunch discusses the pros and cons of keeping a mortgage in retirement with Nicholas Yrizarry. Yrizarry offers his perspective on the advantages of paying off a mortgage before retirement including the psychological, investment and tax benefits of not carrying a mortgage into your golden years.

The Mail Tribune picks up an article by Veronica Dagher of The Wall Street Journal, who quotes Nicholas Yrizarry on psychological biases affecting financial decisions. Yrizarry suggests investors put greater emphasis on other areas of their life—such as their families and good health, to put things in perspective and lessen anxiety. “It’s impossible to see yourself when you’re the movie,” says Yrizarry.

MSNBC.com picks up a story by David Pitt of the Associated Press who quotes Nicholas Yrizarry on couples lack of financial planning for the future. He offers that the fact that many couples lack a plan and fail to dig into financial detail is no surprise due to the current recession. “You’d think it should raise some eyebrows and they would say we’d better start thinking about this, but actually they just shelve it even further, defer the inevitable,” says Yrizarry.

Sheyna Steiner of Bankrate.com quotes Nicholas Yrizarry on college investment savings at any age. Yrizarry offers that it’s not necessary to kill yourself trying to save the entire cost of college. “The greatest thing that a parent can do — and this is from a parent — is to make your children invest themselves in the college experience and make them pay some,” says Yrizarry.

Veronica Dagher of The Wall Street Journal quotes Nicholas Yrizarry on psychological biases affecting financial decisions. Yrizarry suggests investors put greater emphasis on other areas of their life—such as their families and good health, to put things in perspective and lessen anxiety. “It’s impossible to see yourself when you’re the movie,” says Yrizarry.

Jane Bennett Clark of Kiplinger’s Personal Finance quotes Nicholas Yrizarry on salvaging a 529 college savings plan. Yrizarry offers that families with young kids are safe sticking with stocks. “Some families can’t believe their portfolios are down 50%, but their children are 4 or 5. That horizon will work,” says Yrizarry.

Ylan Mui of The Washington Post quotes Nicholas Yrizarry on family lending to purchase a home. Yrizarry offers that many families fail to consider truly worst-case scenarios, such as a layoff, divorce or disability. “In the case of family matters, one must have discipline upfront . . . rather than having pain of regret later.”

Amy Buttell of SavingforCollege.com quotes Nicholas Yrizarry on strategies for withdrawing from a 529 savings plan. Yrizarry offers that above all, investors must stay calm. “The way to relieve the stress associated with college funding is to realize that colleges are cognizant of the bad economy and they are, in many cases, willing to renegotiate financial aid packages if the parent isn’t able to meet their obligation to pay the bill on time,” says Yrizarry.

Charles Paikert of InvestmentNews interviews Nicholas Yrizarry on what investors need to do after a layoff. Yrizarry offers that laid-off workers should consider rolling over their 401(k) retirement funds to their individual retirement account.

Rachel Sheedy of Kiplinger’s Retirement Report interviews Nicholas Yrizarry on stock selling strategies. Yrizarry explains that the markets may have done much of the reallocation work for investors, but if they want to reduce stock holdings further, it’s best to trim gradually.

Nancy Trejos of The Washington Post interviews Nicholas Yrizarry on how investors are psycholgically coping with the recession. Yrizarry comments that for some time, “people were riding a false wave,” and spending too much money.

Eve Tahmincioglu of MSNBC.com quotes Nicholas Yrizarry on the financial and emotional strain of a layoff on a relationship. Yrizarry comments that he has seen a growing number of couples allow the worry to impact their relationships. “The extreme I see are couples who were already overextended with credit cards maxed out and big houses, and now, if one of them loses their job, there’s tension in unspeakable amounts,” says Yrizarry.

Lisa Shidler of InvestmentNews quotes Nicholas Yrizarry on investors’ concerns over the current market. Yrizarry comments that letting your clients know that you won’t be making panicky decisions is crucial. “As an adviser, my responsibility to my clients is to maintain a non-emotional objective distance from their money in order to help them make decisions that are non-emotional, despite the fact we’re in a very emotional time,” says Yrizarry.

Rachel Sheedy of Kiplinger’s Retirement Report quotes Nicholas Yrizarry on taxes and strategies for selling stocks. Yrizarry comments that if you want to reduce your stocks, it’s best to trim gradually. “If there was ever a time to sell off highly appreciated stocks, it’s now,” says Yrizarry.

The Provo Daily Herald picks up an article by Nancy Trejos of The Washington Post that quotes Nicholas Yrizarry on 401(k) requirements and investment options for seniors. Yrizarry comments that some providers offer options to take your required minimum distribution as shares from funds rather than in cash. “It wouldn’t hurt to ask,” says Yrizarry.

Nancy Trejos of The Washington Post features Nicholas Yrizarry on 401(k) requirements and investment options for seniors. Yrizarry comments that some providers offer options to take your required minimum distribution as shares from funds rather than in cash. “It wouldn’t hurt to ask,” says Yrizarry.

This website uses cookies to improve your experience while you navigate through the website. Out of these, the cookies that are categorized as necessary are stored on your browser as they are essential for the working of basic functionalities of the website. We also use third-party cookies that help us analyze and understand how you use this website. These cookies will be stored in your browser only with your consent. You also have the option to opt-out of these cookies. But opting out of some of these cookies may affect your browsing experience.
Necessary Always Enabled

Any cookies that may not be particularly necessary for the website to function and is used specifically to collect user personal data via analytics, ads, other embedded contents are termed as non-necessary cookies. It is mandatory to procure user consent prior to running these cookies on your website.